benjaminorphans@gmail.com
ΒΕΝΙΑΜΙΝ : Συλλόγος Προστασίας Παιδιών > Blog > Actions - Cooperations > BENJAMIN and the Union of Police Officers have joined forces for a good cause! 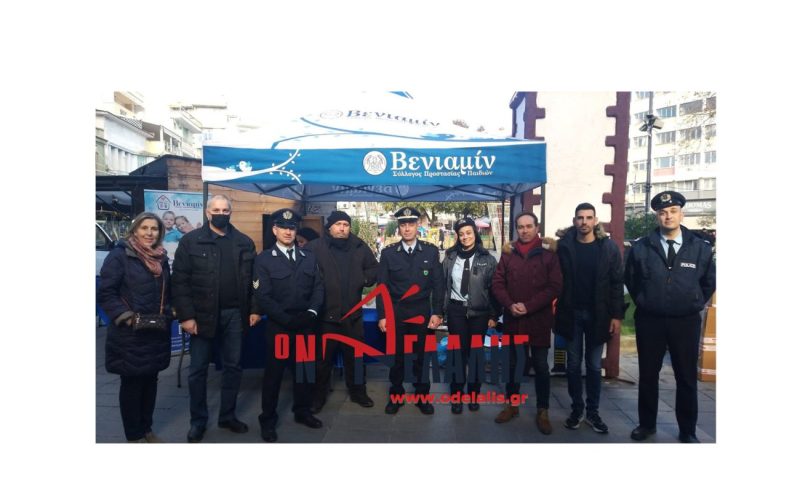 BENJAMIN and the Union of Police Officers have joined forces for a good cause!

The Union of Police Employees decided not to hold the traditional children’s Christmas dance and the amount that would be spent on it will be allocated to the purchase of Christmas and New Year’s table goods for families who are in financial difficulty.

As part of this action, the Board of Directors of the Union was at the BENJAMIN’s stand on the pedestrian street of Katerinis and distributed food necessary for the festive table of several families.

The members of the Board of Directors Σ. who participated in the distribution were Kostas Xomalis (president), Ath. Mr Makris Mr Folios Mr Elekidis Mr Lambros Mr Gounelas Mr Gkoltsios.

The BENJAMIN’s President Mr Aris Petridis thanked the president of the Union of the pollice Employees Konstantinos Xomalis for the contribution and support to the actions of the Association and gave him with a commemorative plaque and the image of Christ.

More information can be found at the following link