benjaminorphans@gmail.com
ΒΕΝΙΑΜΙΝ : Συλλόγος Προστασίας Παιδιών > Blog > News > AWARD TO THE BENJAMIN’S VOLUNTEERS FOR THEIR PARTICIPATION IN THE ACTION 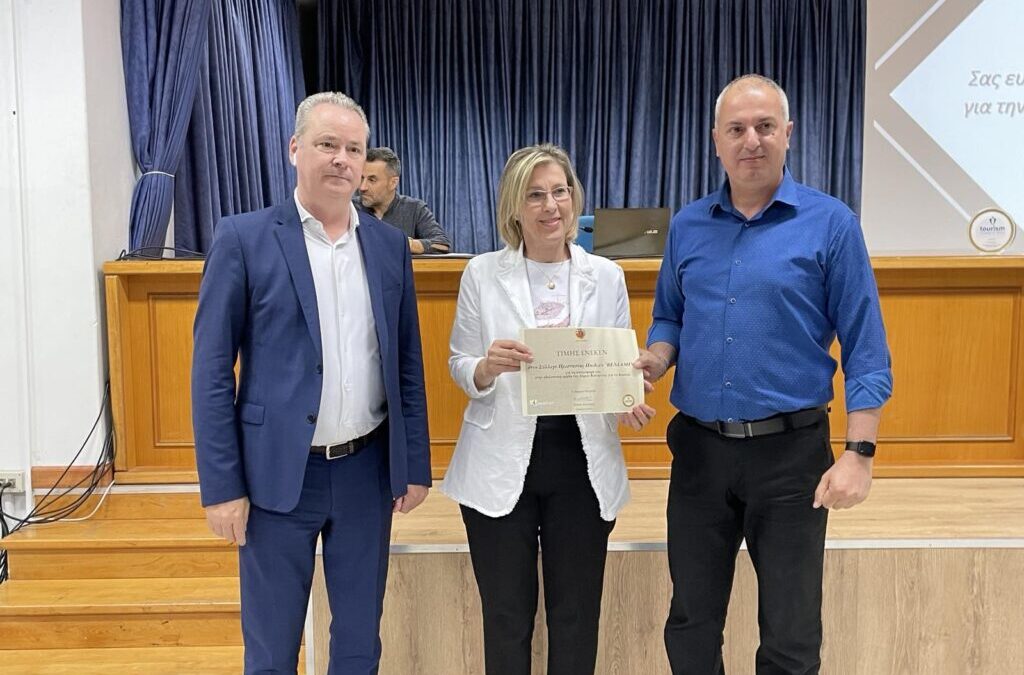 “ACCESSIBLE TOURISM – Beach for everyone in the Municipality of Katerinis”

The event “ACCESSIBLE TOURISM – A beach for everyone in the Municipality of Katerini” in the context of which they were awarded for their contribution, in the voluntary action “Become a volunteer of the municipality for SEATRAC”, in the summer of 2021 the volunteers of the Municipality. Katerini as well as the clubs that participated in it, was held on Sunday 22/05 in the conference room of the Spiritual Center by the Deputy Mayor of Tourism.

The purpose of the event was to recognize the selfless contribution of the volunteers as well as those who supported the efforts made by the Deputy Mayor of Tourism.

During the event, the awarding ceremony of volunteers of Municipality of Katerini for the seatracs in which several BENIAMIN volunteers participated.

Receiving the BENJAMIN award from the president Mr. Aristidis Petridis and the cashier Mrs Tzaga for the participation of his volunteers from the Mayor of Katerinis Mr. Koukodimo

In recent years, the volunteers of our Association have participated and contributed to the relief of many social groups, with multifaceted actions.

BENJAMIN’s President Mr Aris Petridis stated that: We all owe respect and thanks to the volunteers and the volunteer movement in general. Volunteering is a dedication of the soul. It is an act that contains love, positive energy and kindness. It is a contribution to our fellow man, to ourselves and above all to our country.

Given the determination of all of us to be this summer next to Seatrac and to demonstrate the empathy with which we treat each of our visitors from Greece and abroad, we extend an open invitation to all our fellow citizens to strengthen our efforts and strengthen with the participation of the volunteer team of the Municipality of Katerins for Seatrac.

Information at the offices of the Association Augustinou 9 in Katerini Tel. 23510 24050.